After a person is arrested, there will be a Bill of Information or a Grand Jury Indictment that will specify the crime or crimes the person is charged with. An experienced criminal lawyer will closely examine the document to look for “overcharging.” Overcharging is when the District Attorney is accusing the defendant of a crime when there is no factual basis for the charge.

For example, say you are involved in a fist fight at a bar and are arrested on a charge of battery. No weapon is involved, so the charge should be simple battery. However, on the police report as well as in the Bill of Information, the charge is listed as aggravated battery. Aggravated battery is battery involving some type of weapon, but according to the police report, it does not appear that a weapon was used. This is a classic example of trying to overcharge someone.

Now why would the prosecutor or police overcharge someone?
In most cases, it’s because the facts are not completely clear. Witnesses can disagree or be mistaken. One witness might have said that they thought they saw a gun or a knife. Or there could have been a weapon present, but it was not used in the fight. Additionally, it is generally in the DA’s interest to overcharge rather than undercharge — dropping a charge can be helpful when they want to get a defendant to accept a plea bargain.

So if you are a defendant and you feel you have been overcharged, what can you do?
If the charge is improper, your criminal defense attorney can file a motion to have the trial judge strike portions of the charges before going to trial. The pre-trial legal work is extremely important — your criminal lawyer will need to get the charge reduced or dismissed prior to trial. This will limit your possible exposure to jail time. And it is certainly preferable to face a misdemeanor at trial than a felony. In the example of the bar fight, the attorney would research the facts and then file a motion to quash. Since there is no evidence of any weapon used, the jury could not possibly convict the person of this aggravated battery. Under these circumstances, the defense attorney would file a motion and the judge would need to amend the charge down to a misdemeanor.

If you are charged with a crime, the witness statements and facts need to support the criminal charge. If not, your criminal attorney should be able to get the charge reduced or dismissed. This should happen before going to trial. You need to protect your freedom and make sure that your criminal defense attorney is aware of the possibility that the District Attorney’s office is overcharging.

Jury Selection and a Not Guilty Verdict

In a previous blog post, I discussed compromised verdicts for Louisiana battery charges. Another common…

#1- Outline the evidence that will be presented against you. When we are preparing for…

Meet the Author of This Blog
Attorney Thomas V. Alonzo practices personal injury and criminal defense law in Lafayette, Louisiana, and is also licensed to practice law in Mississippi, Texas and Georgia. 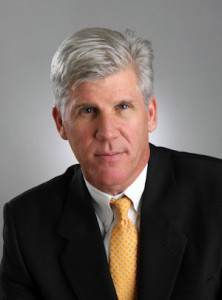 The Thomas V. Alonzo Law Firm is a criminal defense and personal injury law firm located in Lafayette, Louisiana. The firm practices in Mississippi and has law licenses in Georgia and Texas.
Servicios en Español Disponible

Mistrial: What this Means in a Criminal Trial